Poor start to 2019 for platforms 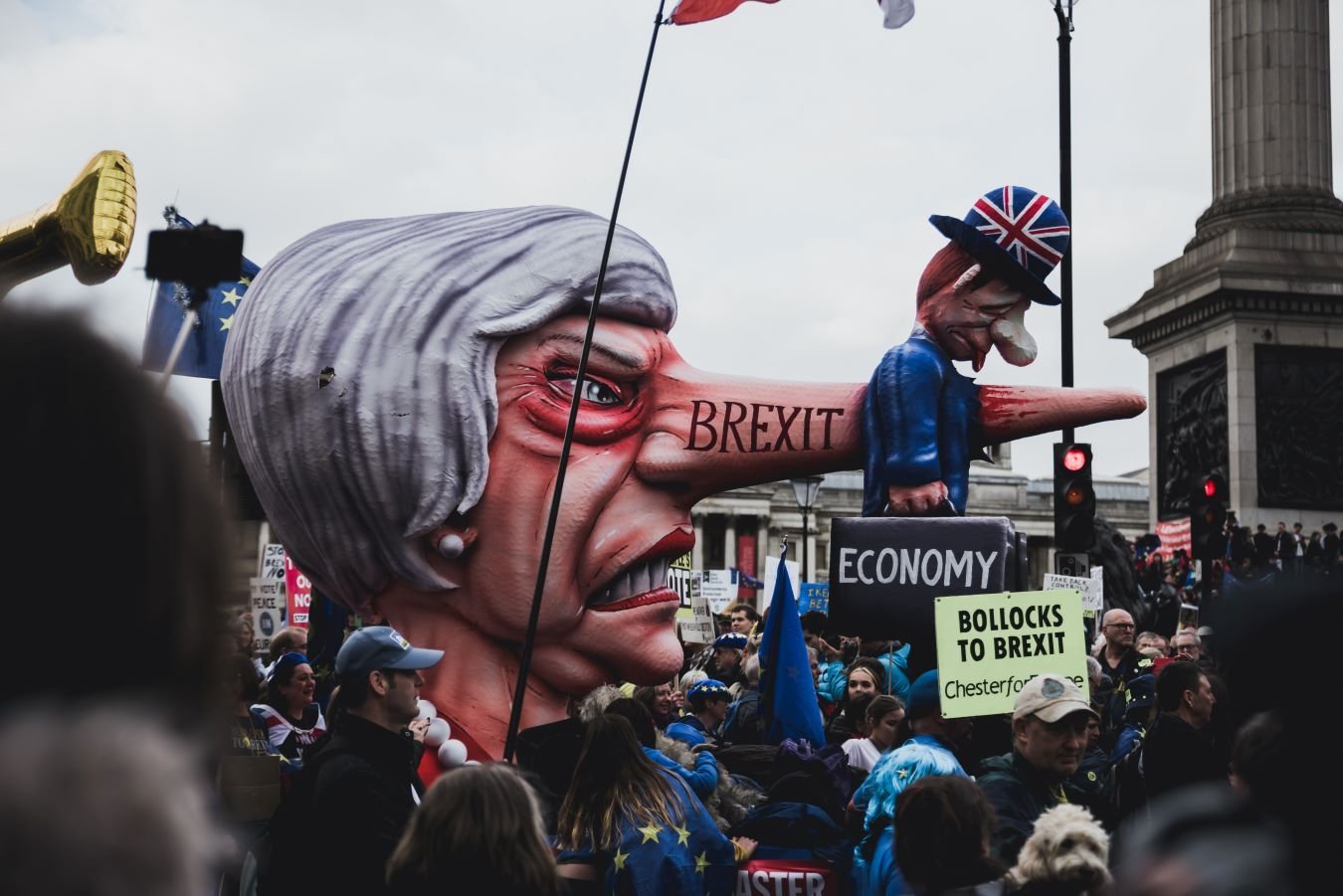 Posted at 16:28h in by Bella Caridade-Ferreira

THERE MAY BE PROBLEMS AHEAD…

By the end of March 2019, stock markets had recovered from the severe whipping they’d received in the last quarter of 2018. All major markets were home to stellar growth, with even the FTSE All Share rising by 8.3% despite Brexit concerns. The upturn pushed UK platform assets up 7.3% to £637bn, a vast improvement on Q418, but only £4bn higher than Q318’s closing balance of £633bn. Hargreaves Lansdown, D2C platform and the UK’s largest distributor, moved into pole position as the UK’s largest investment platform. 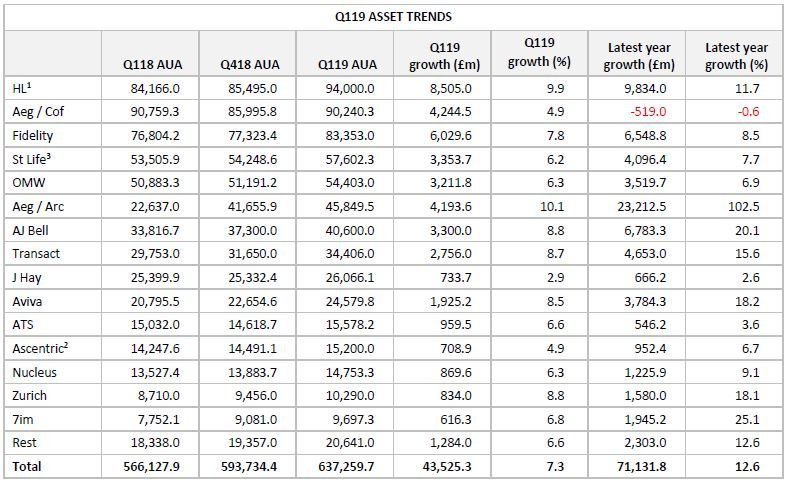 Despite asset growth, gross sales dropped to £26.6bn, down significantly on all recent comparables and the lowest gross sales figure since Q416. However, the fall in net sales was a dramatic 43% against Q118 to just £7.8bn — the lowest industry net sales total since Q113 (the first quarter in the post-RDR era) — and a fall of 12% against an already winded and wounded Q418.  The main reason appears to be investor sentiment. Brexit was expected to have gone through by 29th March, and many investors will have held back investments until the outlook was clearer.

The drop in net sales has shaken up the leader boards. AJ Bell and Transact’s stock-market listings in 2018 boosted business, so it’s no surprise to see them in the top five by net sales. Returning to the top five after a very long absence, was Fidelity — in contrast to the rest of the industry, the last two quarters have been home to its best net flows since Q414. With its technology upgrade completed and competitive pricing, Fidelity could be shaping up as a serious challenger in the adviser platform market.

Bella Caridade-Ferreira, CEO of Fundscape said, “Stock markets soared in the first quarter taking platform assets with them, but the uplift in assets was undermined by the industry’s lowest net sales since we were struggling with RDR in the first quarter of 2013.  Uncertainty is the key factor. Brexit was supposed to be done by now and investors are waiting for the outlook to clear before opting back into the market.”

Caridade-Ferreira said, “Advisers played a role in the slowdown too. They had to get to grips with new MiFID2 reporting as well as pound-and-pence charges for clients. This would have been hard at the best of times, but the negative backdrop has made it particularly difficult.” 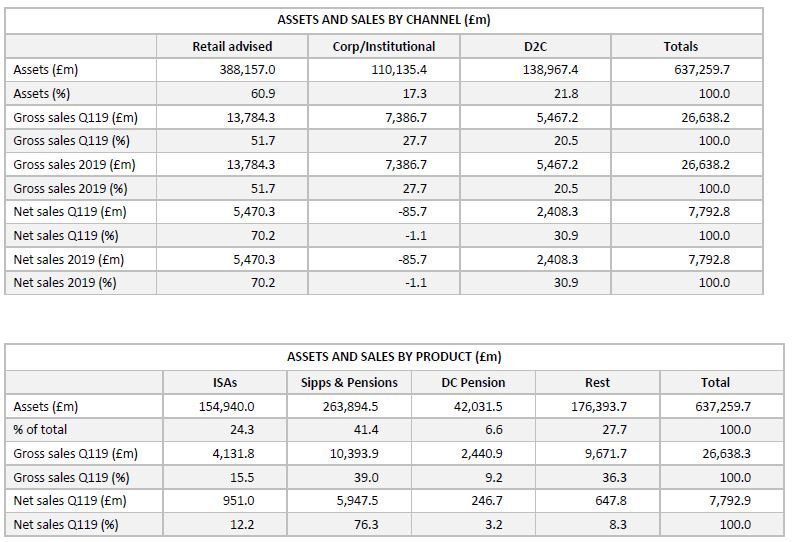 Caridade-Ferreira said, “Until the Brexit issue has been resolved, we’re unlikely to see a significant improvement in platform activity. Demand is still there the fact that we’re grappling with Brexit doesn’t mean demand has melted away. Investors are sitting on cash, so when the storm clouds finally lift and clear, there could be a wall of money to be invested.”

1For timing reasons and because the data is market sensitive, Hargreaves Lansdown reports its figures to Fundscape a quarter in arrears.
2 Estimated. Ascentric did not supply data.
3 Includes Elevate but excludes Parmenion.

Photo by Alexander Andrews on Unsplash