“Attitude is a little thing that makes a big difference.”
Winston Churchill

Established in October 2010, Fundscape is a research house specialising in the end-to-end research and analysis of the UK fund industry. It is the publisher of the quarterly Fundscape Platform Report, widely regarded as the industry benchmark for platform data and statistics in the UK. With many years’ industry experience, its team is well placed to provide unique insight into asset management and distribution trends, including product development, distribution and marketing.

FOR FURTHER INFORMATION ABOUT
OUR PRODUCTS & SERVICES, GET IN TOUCH 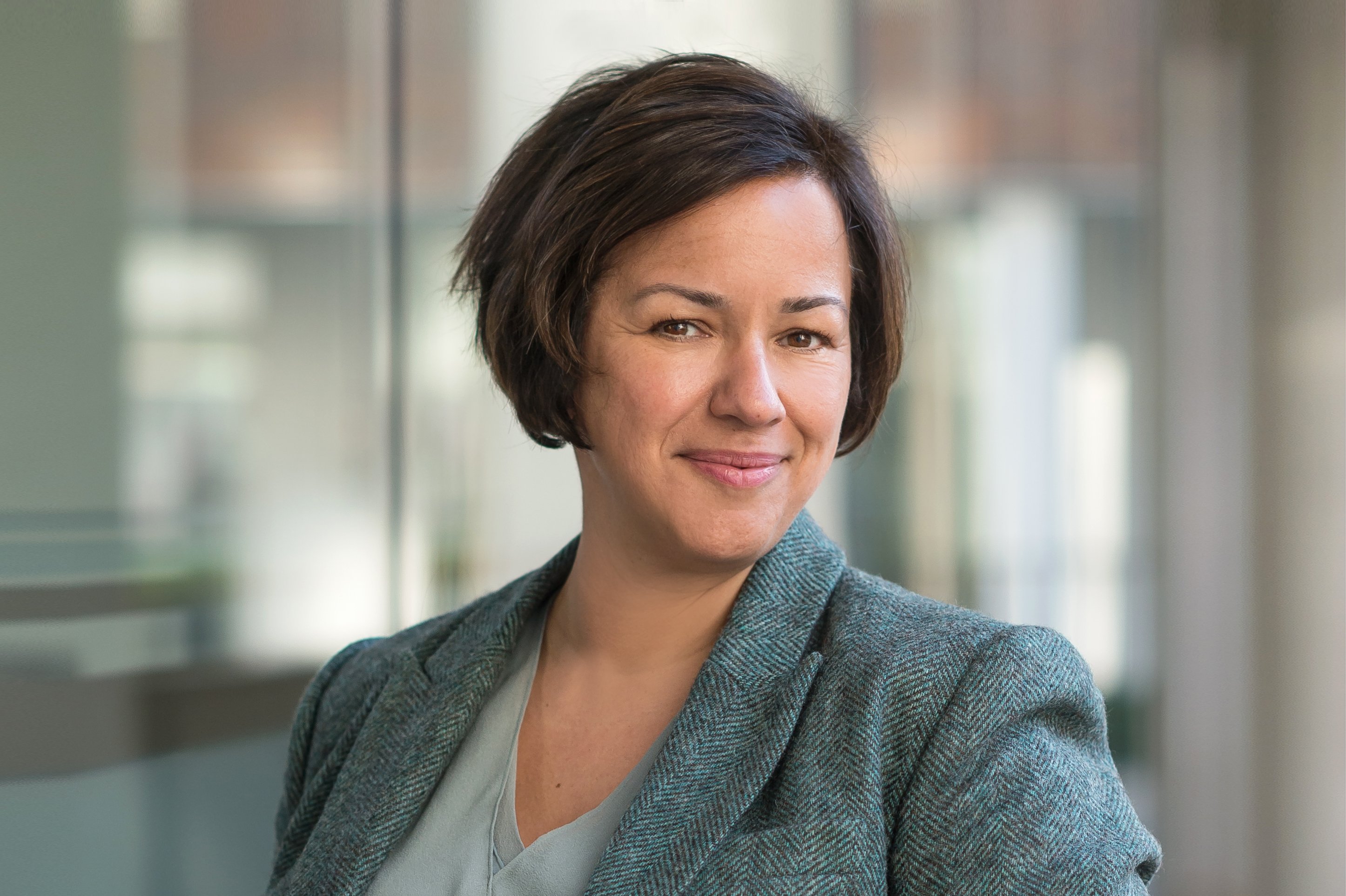 Bella has 20 years’ experience in the research and analysis of the UK, European and Asian asset management industries. She set up Fundscape in 2010. Before starting Fundscape, she worked for Lipper FMI as Global Head of Research and Publications and was the author of numerous publications and reports including the popular European and Asian Data Digests, the Fund Market Profile series of reports and the UK Platform guide.

Early in her career she worked in investment banking and a London-based consulting firm where she specialised in market entry strategies for retail and institutional asset managers. She has a master’s degree in International Business and is fluent in four languages.

Bella is particularly fussy about grammar and punctuation, loves going to the theatre, disco dancing and pub quizzes.

Gavin (Gav) joined Fundscape after a 27-year career at Aviva where he developed, researched and wrote about investments. His last position was that of investment Research Manager for the Strategic Partnership division. Gavin will continue to be based in York and will be Fundscape’s representative in the North.

Gav’s career at Aviva began with group personal pensions, managing unit-linked bonds and the new ISA range when it was first introduced. When Norwich Union merged with CGU and became Aviva, Gav moved to York to integrate the new investment range. He then focused on researching potential new markets and investment concepts, including the emerging platform propositions.  He’s been hooked on platforms ever since!

Gav lives on a farm, loves vintage cars and keeps a couple of horses.  He loves getting his hands dirty and fixing things. 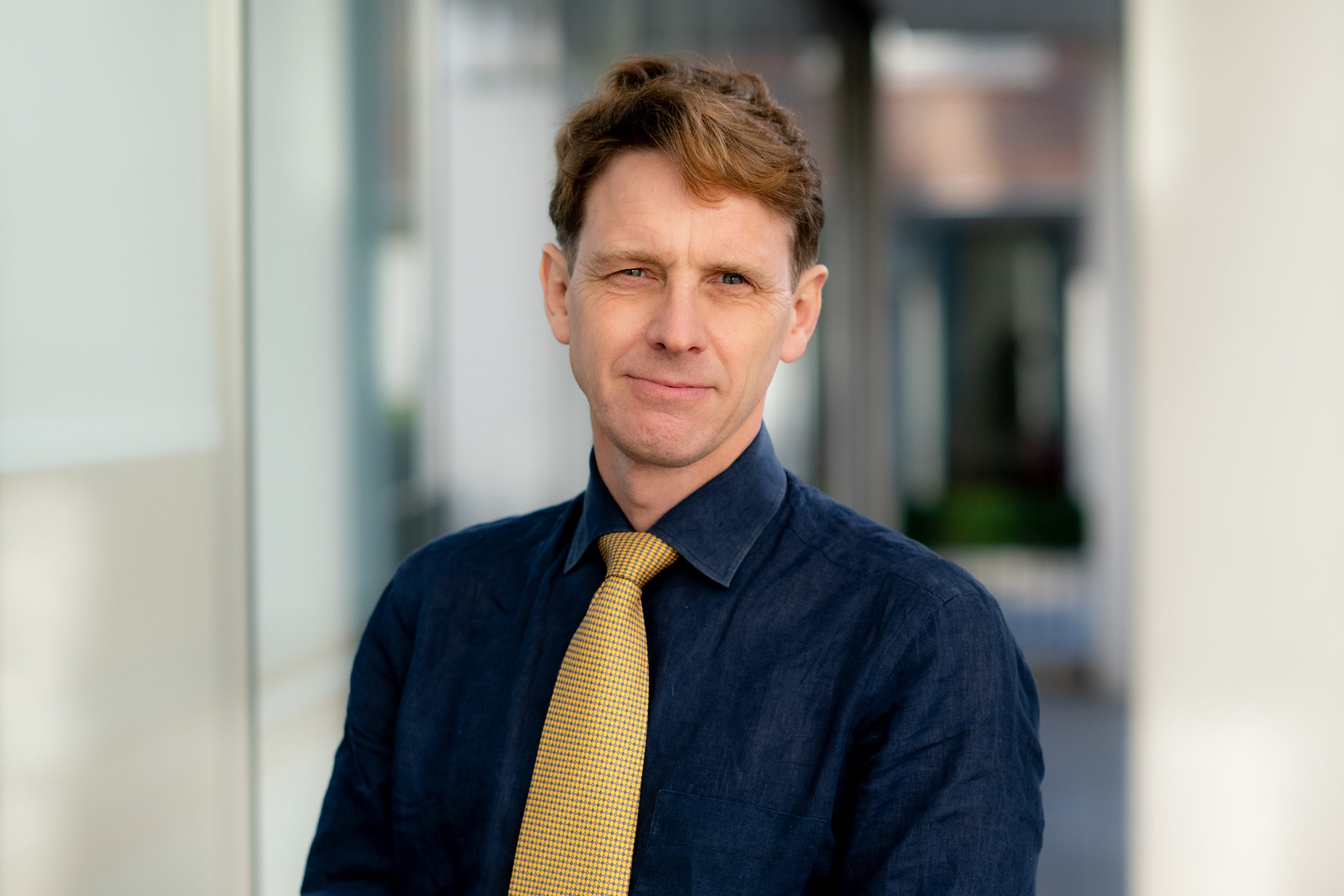 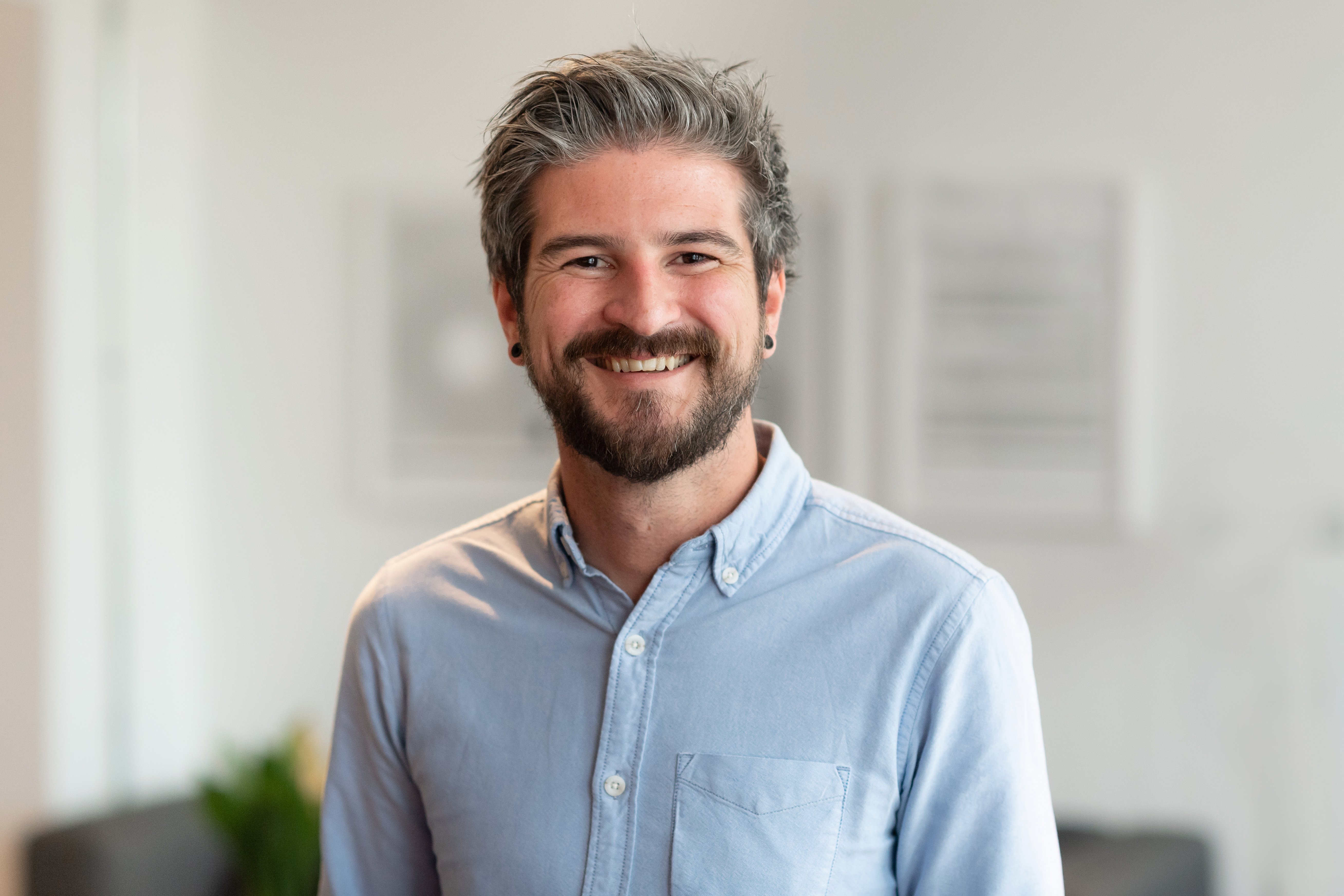 Rich joined Fundscape after 11 years at Old Mutual Wealth/Quilter in Southampton, where most recently he provided platform analysis and market insight to inform its distribution and platform strategy. Rich is based in Southsea, Portsmouth and is an avid Pompey fan (play up Pompey!)

Rich’s career at Old Mutual Wealth (then Skandia) began in its contact areas, before moving into the training department where he wrote and implemented a training accreditation scheme for his colleagues. He then moved to managing the delivery of new platform enhancements in the businesses before finally moving to its UK platform marketing team where he provided insight into platform propositions and, using data from Fundscape, measured Old Mutual’s place in the platform market.

Rich lives by the seaside and has a passion for punk rock. He plays in two bands and does a cracking cover of ‘Crazy’ by Seal.

Line (pronounced Lee-nah) left Denmark on a gap year 25 years ago and still hasn’t gone home. Her last stop was Luxembourg and finding it a fun place to live (who knew?) she spent the next few years honing her fund skills at Flemings (she knows a thing or two about sicavs).

She eventually moving to London in 2000 where she worked as a research analyst for Lipper until 2011 when she left to retrain as a traditional furniture upholsterer.

Line joined Fundscape in January 2017. She likes spending time with her family, lots of strong G&Ts, DIY and Matt Damon.  Not necessarily in that order either. 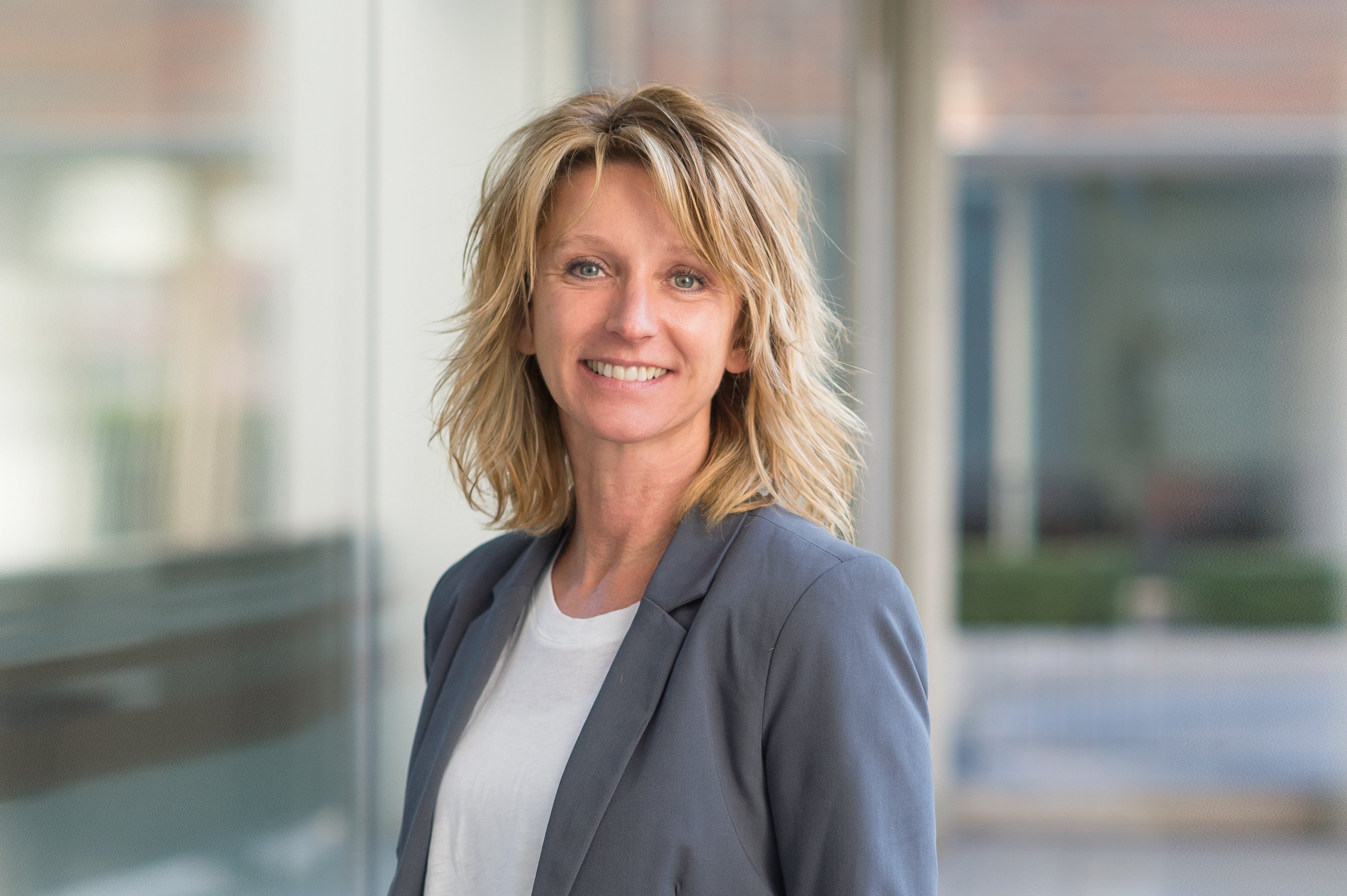 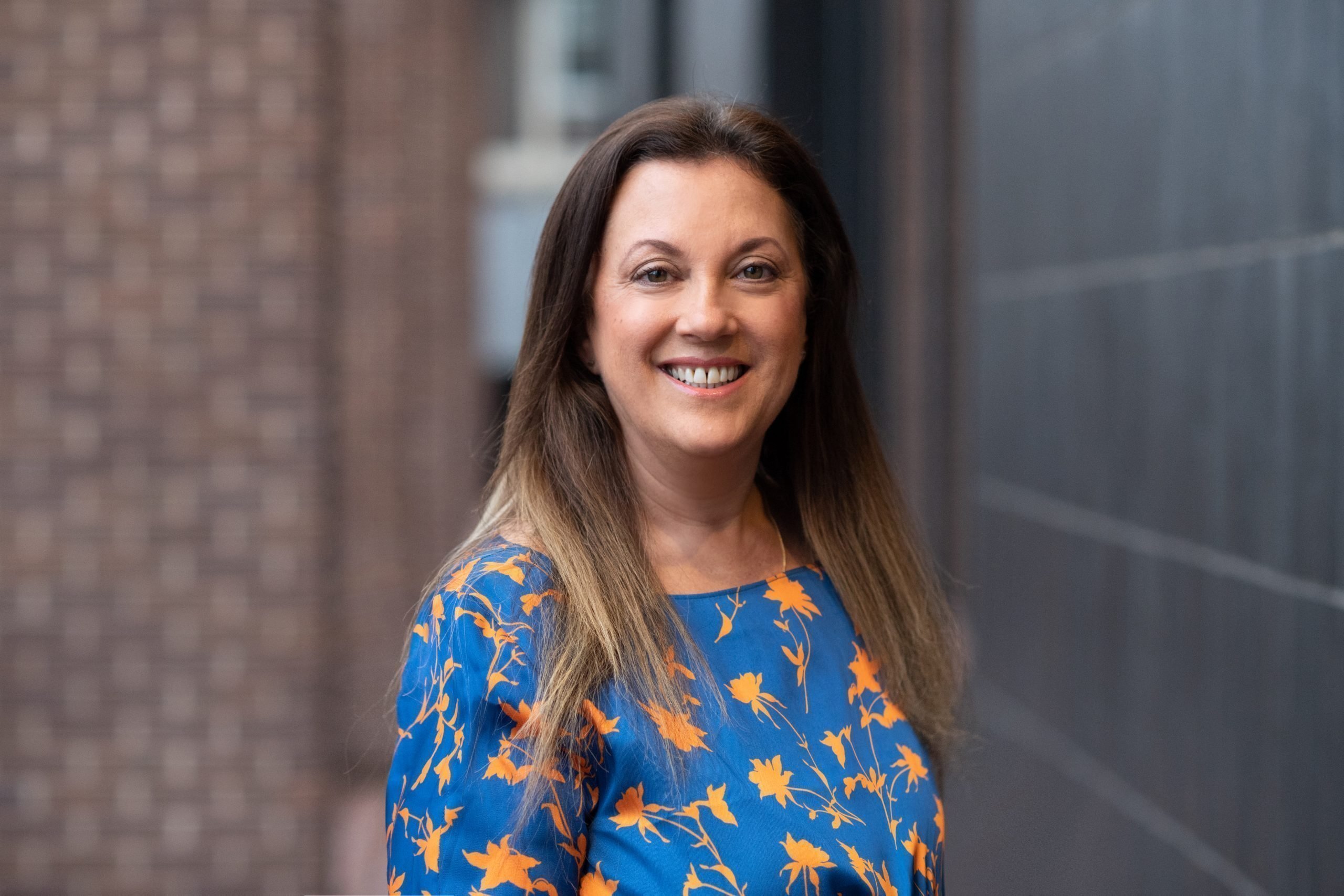 Born in Madeira and from the same neighbourhood as Cristiano Ronaldo, football must be in her blood because Ligia spends her time chauffeuring her twin boys (the next Ronaldo and Messi) around Surrey and South London’s football pitches.

If she’s not behind the wheel, she’s entertaining friends and family and is a fab cook who dances around the kitchen while she cooks. She likes to read, travel to hot countries and relax by the sea and has a penchant for fine wine, cold G&Ts and watching movies and boxsets with her daughter.

Ligia is trilingual and loves to learn. She has worked in various fields from hospitality through PR to education and is now learning about the investment industry — oh what fun!

Jacques is data analyst and business administrator at Fundscape and considers himself the glue holding the team together! Having completed a degree in Biomedical Sciences, he opted to take a gap year (as if three years of partying wasn’t enough…)

A keen traveller, Jacques is saving for and planning an ambitious island-hopping adventure across the Pacific. His scientific field is neurodegeneration and in his spare time he researches Alzheimer’s for his PhD research proposal.  When he’s not working or researching, he can be found tutoring — instilling his knowledge and passion for science into the next generation. He’s also an avid reader and football fan (Liverpool – YNWA).

In his limited spare time he tries to develop many skills (ie languages, mixology — try his cocktails!) in an effort to beat that age-old saying Jacques of all trades, master of none! 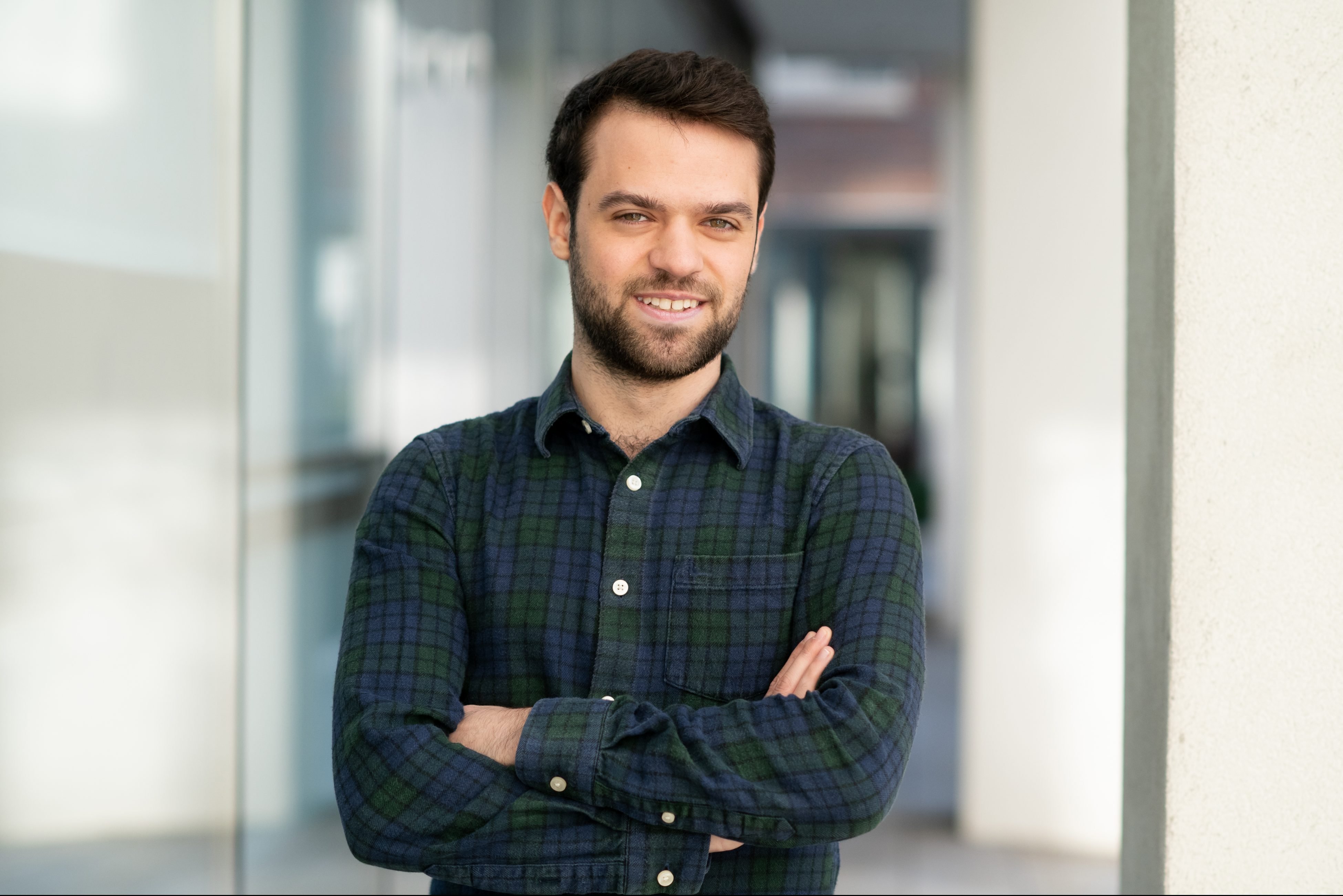 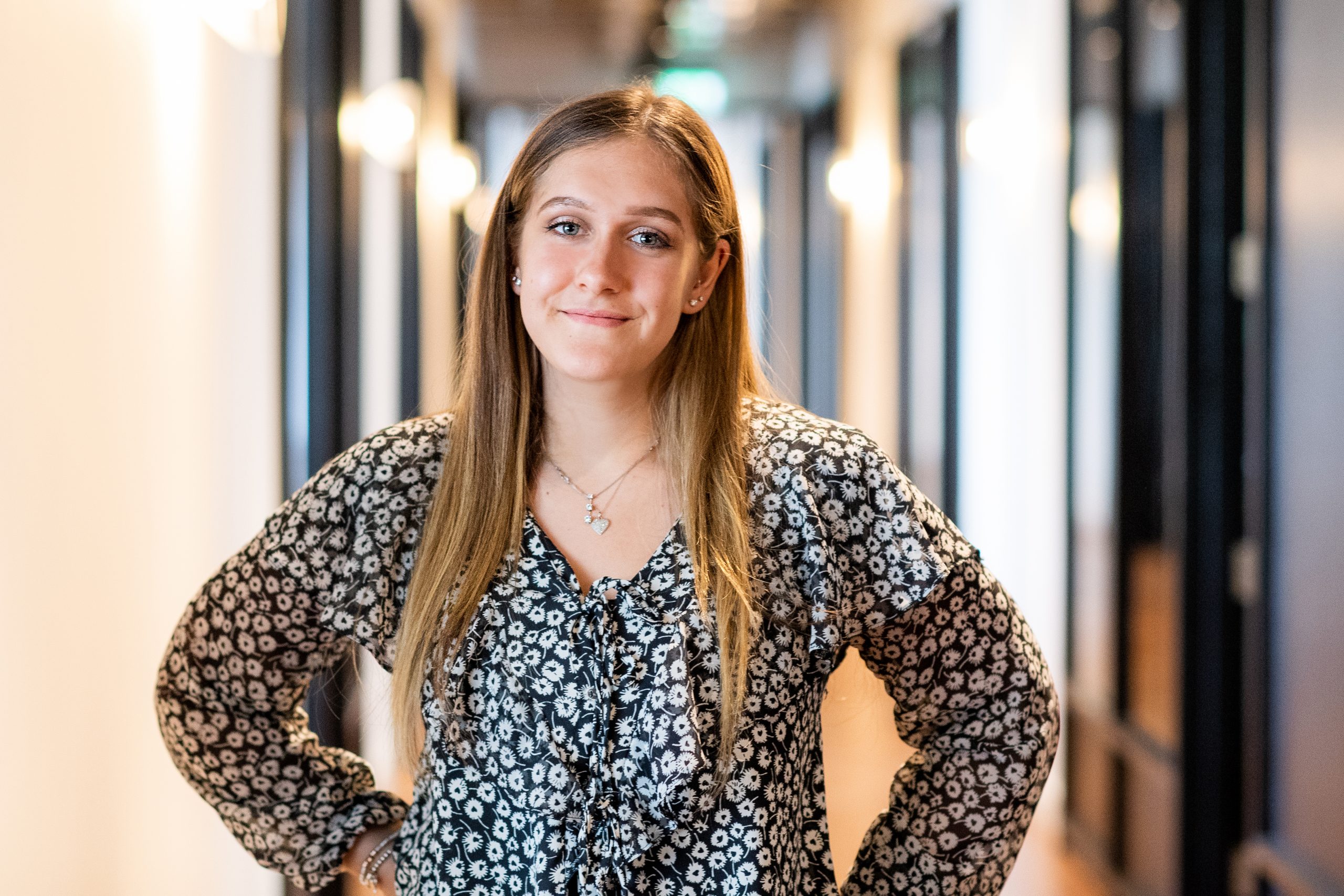 Jiggy has just graduated from University of Leeds, where she studied Religion, Politics and Sociology. Eager to distance herself from the stereotype of theologians becoming priests, she instead embarked down the marketing route.

An impressive interview against more experienced candidates landed her the job straight after graduation. Alongside her final year, she spent the year at a meaningful marketing company in Leeds helping with NHS campaigns, and picking up some valuable digital marketing skills at the same time.

A proper foodie (a common theme at Fundscape), Jiggy is an adventurous eater, but especially likes creole food — her mother being Louisianan and a demon cook. When she’s not working her way through London restaurants, she’s most likely found binge-watching Netflix and Disney+ (to infinity and beyond!). She also prides herself on being organised, loves stationery and has colour-coded her entire life dating back to 2015…