Posted at 07:55h in by Bella Caridade-Ferreira 0 Comments
0 Likes 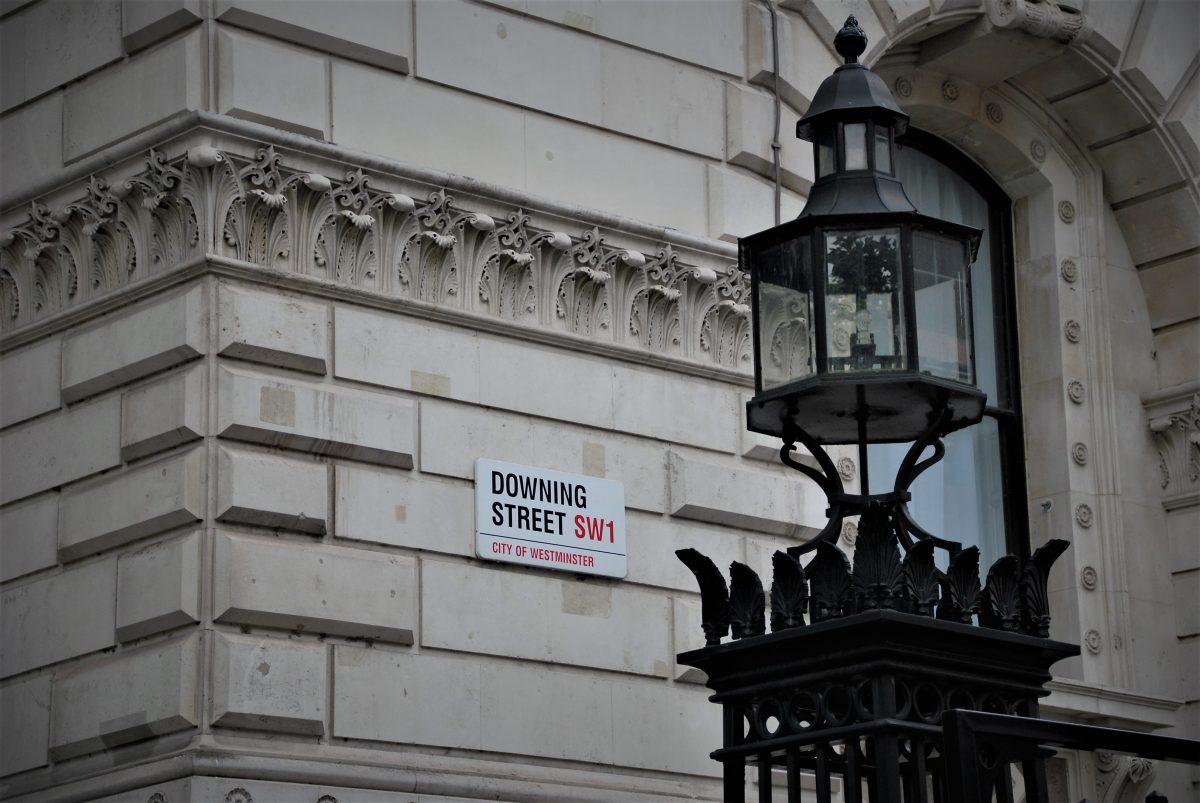 In July the UK government finally agreed an exit strategy with the EU and the outlook began to look rosier. But as the quarter wore on, resignations and vocal criticism abounded dampening investor sentiment and sending stock markets into the red — the FTSE 100 and the FTSE All Share indices fell by 1.8% in the quarter.  Download the release here.

Platform assets appear to have defied the trend with a £30.3bn (5%) increase to £634bn. But below the surface, assets were boosted by Aegon adding £16bn of DC assets to its platform following the completion of the Part VII transfer from BlackRock to Aegon. With this £16bn figure stripped out, UK platform assets rose by £14.4bn to £618bn — an increase of just 2.4%.

Brexit uncertainty had an inevitable impact on sales and this was exacerbated by the holiday season and the continued slowdown in the DB transfer pipeline. As a result (with Aegon’s transfer stripped out), real gross sales were down 1.4% year on year to £28.2bn. The decline was far worse for net activity, with year-on-year sales down by 22% to £9.4bn. On a year-to-date business, gross sales of £89bn were only marginally down on the £91bn achieved in the same period in 2017. But net sales of £36bn were considerably lower than the £41bn registered in 2017. 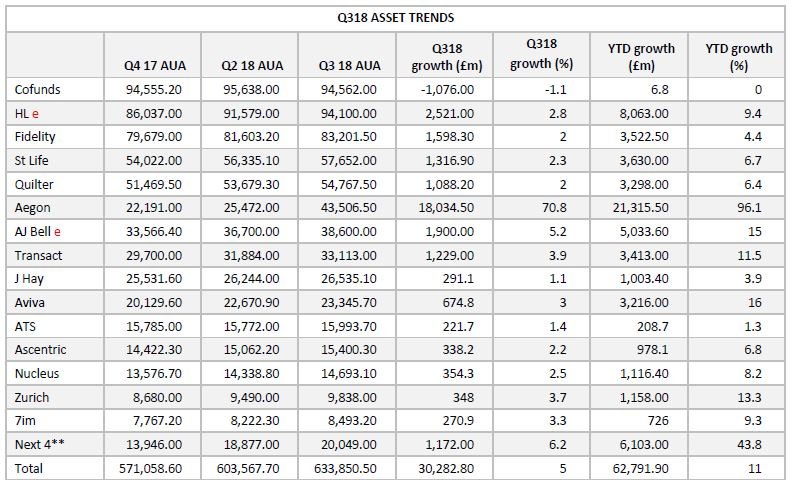 Business was far less sticky across the board, with the net sales ratio dropping to 35% — one of the lowest rates on record. The retail advised channel recorded a far more robust 48%, demonstrating the latent strength of the advice market.  Aegon topped the overall net sales table thanks to its newly platformed DC business, while our more conservative estimate for Hargreaves Lansdown (usually first) put it into third place.

The biggest surprise occurred in the retail advised channel where Transact jumped into pole position with net sales of £979m, beating Standard Life by just £3m and demonstrating that ‘sticking to your knitting’ pays off in the long run. Although Transact’s adviser base differs substantially from those of Aviva and Aegon, the fact that it is a publicly listed and financially robust platform is likely to have led to an uplift in adviser enquiries in response to Aviva and Aegon’s well documented re-platforming issues.

Bella Caridade-Ferreira, CEO of Fundscape said, “The early optimism surrounding the Chequers deal soon faded and sentiment was also exacerbated by the UK’s creeping inflation and weaker economic growth. The slowdown in DB transfers, the main driver of 2017 sales, is another factor in the quarter’s weaker sales.”

“Unfortunately, the fourth quarter will be more of the same. Geopolitical uncertainty bathed October’s stock markets in a sea of red with markets falling between 5% and 9%. Those concerns are unlikely to recede any time soon. Closer to home, If the government fails to pull off a Brexit deal in time, the outlook for the industry in 2019 will be fairly bleak. As the March 2019 deadline thunders down the track towards us, investors will become increasingly risk-averse. ISA business, the mainstay of the first half of the year, will be another damp squib for the industry.”

*For timing reasons and because the data is market sensitive, Hargreaves Lansdown reports its figures to Fundscape a quarter in arrears. AJ Bell is preparing for a stock-market flotation so its figures have been estimated.

Photo by Jordhan Madec on Unsplash