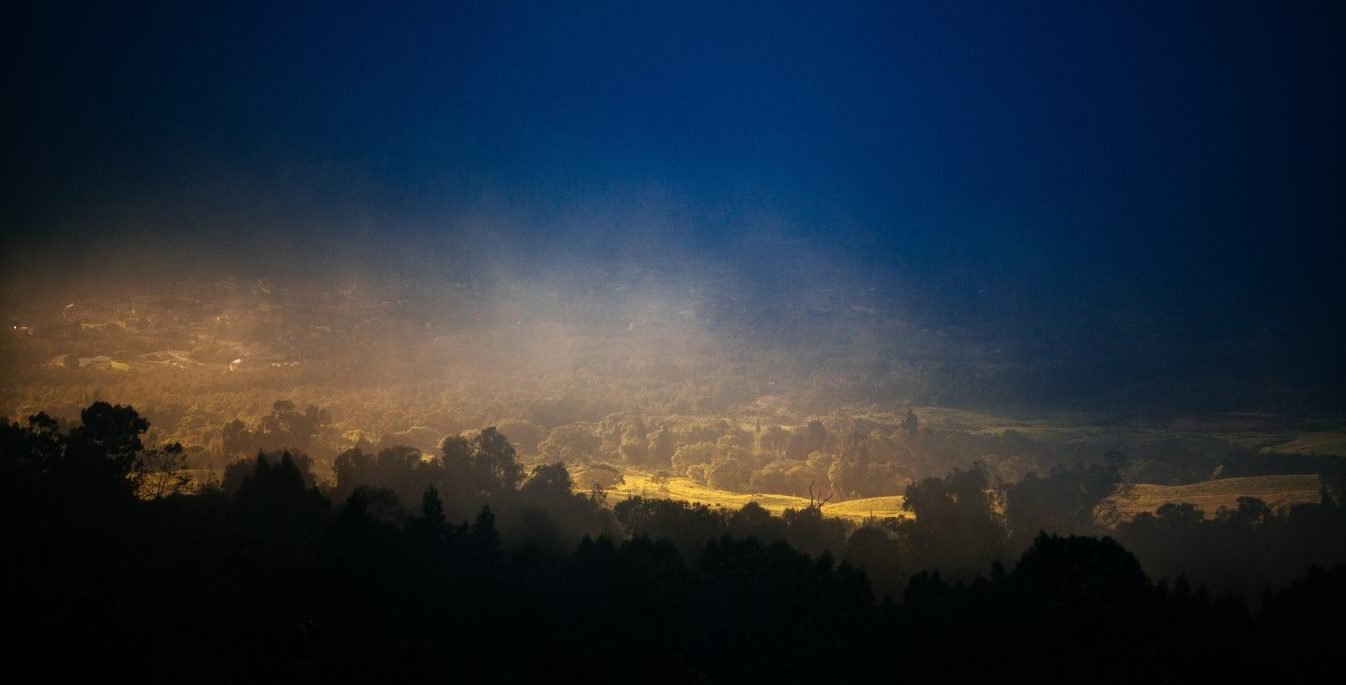 Posted at 09:59h in Blog by Bella Caridade-Ferreira

THE UK WAS LEFT REELING BY THE BREXIT VOTE. RESPONDENTS ARE FEARFUL FOR THE FUTURE.

Ordinarily, the June sentiment survey would have been conducted Mid June and the results provided a week later, but we decided to wait for the EU referendum on 23rd June. The shock result left everyone reeling, and this  sentiment survey specifically explored fund groups, platforms and distributors’ immediate reactions to the result.

There were a total of 80 responses in June.  Of these, 53% were from fund groups, 35% from platforms,  5% were distributors (advisers, wealth managers etc) and the rest were banks and life companies. Most respondents were UK-based, although 16% said they were cross-border or domestic European fund providers.

In the immediate aftermath of the Brexit vote, we asked respondents “Now that the UK has voted to leave the EU, do you think this is the end of the market turmoil or just the beginning of a two-year slow reveal?”

‘Too soon to judge the impact. Talk of the move being blocked, a 2nd referendum and further negotiations are huge variables in short term.’

‘Beginning of a period of recessionary forces and a disastrous extension of unsustainable fiscal stimulus.’

WHAT ARE YOUR EXPECTATIONS FOR BUSINESS IN THE SECOND HALF OF THE YEAR?

It is of course no surprise that sentiment deteriorated on the back of the Brexit result, nonetheless a (small) majority (51%) thought that business would still be OK in the second half of the year. The respondents to our survey are a mixture of fund groups and UK investment platforms and so investor behaviour affects each group differently.  It turns out that platforms are generally more phlegmatic and dispassionate than fund groups —almost 70% thought business would be OK in the second half of the year, whereas fund groups were almost equally split. To a certain extent, the nature of platform business explains this dichotomy — while flows might slow to a trickle, platforms expect the bulk of assets to stay on platform — even if they end up sitting in cash — and continue to generate revenues. Fund groups, on the other hand, are more likely to be affected by a flight to safety — the recent property outflows are a case in point — and unless you’re a generalist with a broad range of funds for different scenarios, you’re likely to be facing a difficult period. 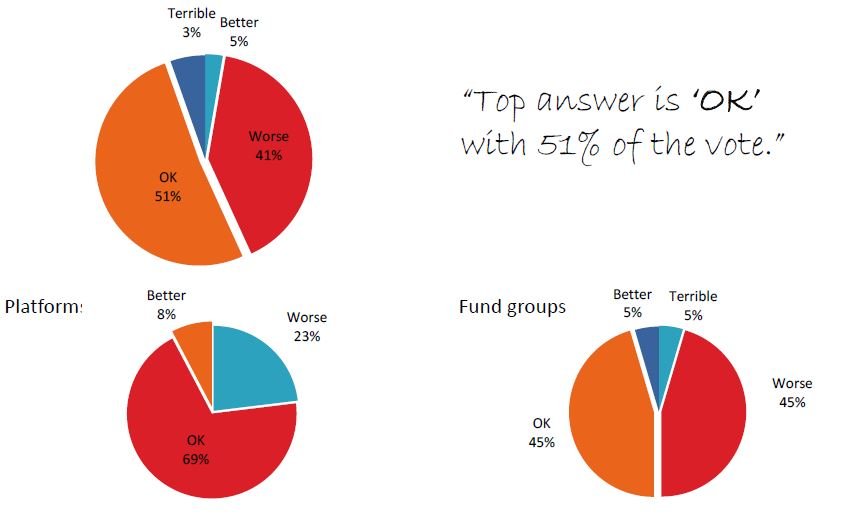 One question we did not ask is how respondents expect European investors in UK providers’ funds to react to the result. The most likely scenario is a backlash against all things British and  therefore British fund groups with strong European ties will need to work doubly hard to retain business and confidence in their products. There will be a flight to safety for a start, and anything British is likely to be reviewed by  investors and distributors alike.  Not just because they’re British but there may well be simple and long-standing rules such as, for example, all recommended funds for retail investors must be Ucits or domiciled in an EU country. The moment the UK leaves Europe, its funds become AIFs instead of Ucits, so this could represent a major headache for European distributors.  They may also be broader business rules such as a policy to only conduct business with EU-based companies.  The impact of these knowns and unknowns will unfold in the coming months.

WHAT ARE YOUR EXPECTATIONS FOR THE NEXT TWO TO THREE YEARS?

Respondents felt happier about the mid-term outlook with 62% saying that business would be OK, better or excellent.  On the downside, however, a not insignificant percentage (38%) still expects business to be worse than it was in the first half of the year — which was when market conditions and the Brexit campaign were already contributing to a slowdown in activity.  So essentially respondents are predicting a period akin to the aftermath of the financial crisis… Not good.

Again, fund managers and platforms have a very different take on the future, with platforms much more comfortable with how Brexit might unfold. 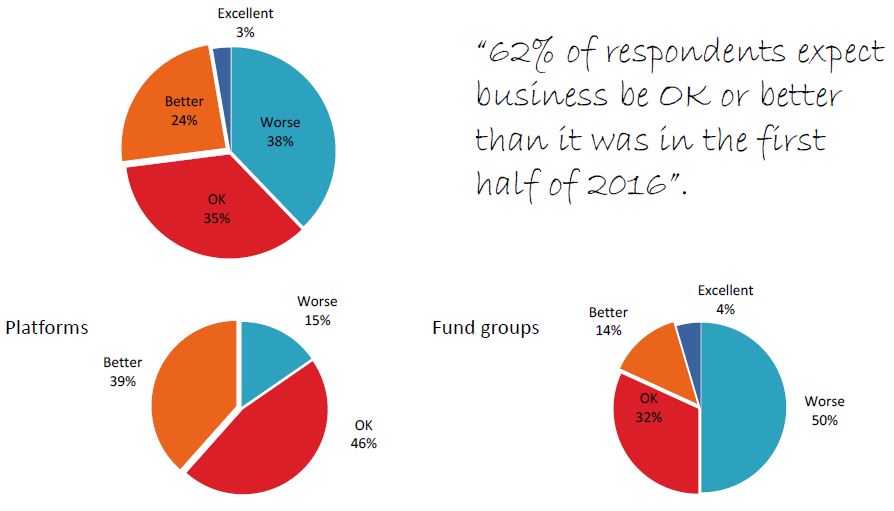 WHAT ARE THE IMMEDIATE IMPLICATIONS FOR YOUR BUSINESS?

This is was an open-ended opinion question. The results are interesting. We  have split comments into two cohorts: fund groups and platforms.

“We are not immune to change but as the majority of our operations are UK, we are in good shape. Regulations will still be gold plated to the UK so we carry on as we were. Europe and ROW will need further review for passporting etc”

“The uncertainty may have a negative influence on fund flows, but the market volatility in the near term is not a major consideration for a long‐term investment strategy!”

“None as yet, all our funds are Dublin OEICS and we have numerous offices across Europe.”

“Core business in good shape and no change but less investment, less jobs and for cross‐border business likely that more will be based in other EU locations.”

“Relocation of certain staff to EU domiciles. Assessment of regulatory impact, if any, and the impact on central bank policies. Change in product strategy with regard to UK domiciled funds and their potential to be distributed into Europe (probably none now).”

“Our fixed costs for the London operation just got cheaper in USD terms!”

“From an operational perspective, I don’t expect any immediate impact. Market sentiment will continue to be main driver.”

“Accelerate through the uncertainty, recognising the path may be bumpy.”

“Big share price hit — need to assure customers and advisers that we can weather the storm with them — lots of work to do as ramifications become clear — tax, legislation, regulation, distribution etc!”

“No immediate broader implications as we wait to see further developments. In the very short term we have seen business numbers continue at similar levels and no significant increase in the volume of trades.”

“Minimal at this time. We are planning day to day to ensure we are ready for the possible volatility and spikes in trading activity.”

“Slowdown in client decisions during period of uncertainty.”

DID YOU HAVE A BREXIT CONTINGENCY PLAN?

The Government, the Treasury and the FCA had reportedly made no plans for a Brexit and it looks as though a quarter of our respondents’ companies hadn’t either. More worryingly, 17% did not know if their business had even discussed a contingency plan, which suggests many assumed it would all go away and stuck their heads in the sand. Although arguably less affected by Brexit, platforms were more likely to have a contingency plan in place with 63% having one compared to just 50% of fund groups.

But contingency plans varied widely and in some cases were little more than an acknowledgement that things would change and something would have to be done. What that something was not always clearly defined. Of the respondents who stated that they had contingency plans in place, only 23% said that their plans involved setting up operations in other European markets. The answers were, of course, more suitable for fund groups than platforms, but even fund groups overwhelmingly selected ‘other’.

Those that selected other, stated that their contingency plans included:

“Calming and settling client comms, no plans to relocate.”

“As it stands, it is business as usual. we operate wholly within the UK, so no direct impact, but await what that means in reality.”

“Our contingency planning is wide and varied and…….confidential.”

“As a cross‐border player it is more a question of rebalancing across jurisdictions. The UK loses out.”

FINALLY, WE ASKED RESPONDENTS TO LET OFF STEAM ABOUT BREXIT, THIS IS WHAT SOME SAID SAID:

“It appears the population outside of London sees our industry as part of the problem, not a valuable contributor to GDP and overseas earnings. Many may hope that we will rid ourselves of foreign workers and replace them with British ones. It is likely they have miscalculated.” (fund group)

“The UK will survive, but very hard to see any upsides — best case is that we now get to a Norway model where access to free market (in return for free movement of labour), but without the influence!” (fund group)

“We always over react to things like this. Hard disclosure, RDR.  The Sky isn’t falling Chicken Little!” (platform)

Brexit is nothing short of a complete disaster for the UK — democracy at its absolute worst. By far the worst political event of my life. It has been a dark, dark day…!” (platform)

Divorce wreaks emotional havoc — even those who voted to leave will be overwhelmed by conflicting emotions — so whether you are a brexiteer or a bremainer, hold on tight for the the seven stages of grief.  The frst is Shock & Denial, which would have been acute when this survey was conducted in the wake  of the referendum. We have already seen an outpouring of shock & denial in the press and social media, with demands for a second referendum gathering momentum and angry recriminations gathering pace. There are six more stages in the grief process: pain & guilt, anger & bargaining, depression, reflection & loneliness, the upward turn, reconstruction & working through, and finally acceptance & hope.  Here’s to a rapid move through them all to acceptance & hope…