Posted at 12:33h in Blog by Bella Caridade-Ferreira 0 Comments
0 Likes 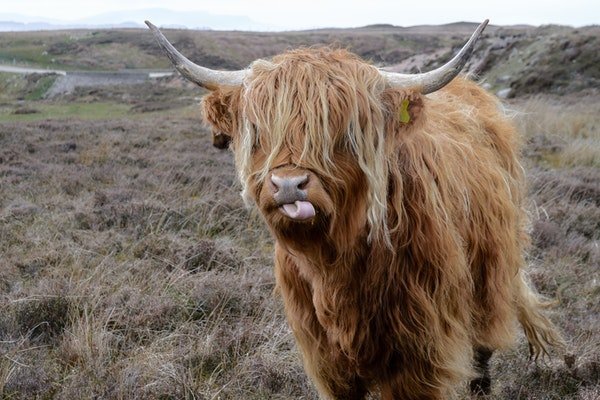 A lot has happened in the world of platforms this week — most of it in Scotland. First there was the news that Standard Life Aberdeen is selling Parmenion, one of its three platforms. Hot on its heels was the announcement that its Edinburgh neighbour, Nucleus, had received offers for its entire share capital. Last but not least, Novia is reportedly changing hands before Christmas (OK, Novia is technically not Scottish but bear with us).

The arrival of a new CEO, Stephen Bird, in the summer and an in-depth strategic review was always likely to shake things up a bit at Standard Life Aberdeen, but Parmenion has never been a comfortable fit. The platform was acquired by the then CEO of Aberdeen Asset Management, Martin Gilbert, in 2015. Gilbert liked the business and liked the idea of incubating it and helping it to grow. As a result, Parmenion retained its identity and remained in Bristol, with additional investment from Aberdeen to develop and grow — and access to Aberdeen’s investment solutions of course.

Following the acquisition of Elevate from AXA in 2016, Standard Life already had two platforms under its belt so its merger with Aberdeen in 2017 created a much larger group with three platforms to contend with. It has since shed its life business (sold to Phoenix) and is transforming into a vertically integrated asset management and wealth business — its adviser platform propositions are central to that strategy.

Parmenion is essentially a wealth manager with its own technology, so it didn’t sit comfortably with the group’s strategic (and scale) objectives. In addition, trying to merge it with one of the two platforms would have yielded few, if any, synergies, cost a lot of money, and lost a lot of Parmenion adviser clients who wouldn’t want to be on an (ex) life company platform.

The crunch point was the loss of the Virgin Money (VM) gig. Depending on who you talk to, either Parmenion refused to adapt to VM systems or VM refused to adapt what they already had —the two parties reached a stalemate and SL took over instead.

So what now for Parmenion? The best thing would be for the business to stay independent and engineer an MBO with the right private equity or investment trust backing. But failing that, we’d like to see Parmenion be acquired by a fund manager that has yet to spread its wings in the wealth and distribution arena. Liontrust, which has a strong track record for investment solutions and recently acquired Architas, would be a pretty good fit.

Of course, other DFMs might be interested in expanding their reach with advisers. Brooks Macdonald springs to mind – it has always had platform ambitions, but its previous attempt was a costly white elephant and ultimately abandoned. It has been acquisitive recently with Cornelian and Lloyds Bank’s channel island wealth business and has plans to grow aggressively.

D2C platform Hargreaves Lansdown could also be a good fit. Parmenion developed MyAberdeen, which gives it a blueprint for a D2C white-labelled service for a fund manager or a D2C platform. Hargreaves Lansdown’s offices were directly opposite for a long time and there’s been personnel flow between them over the years.

More importantly, HL’s systems are ageing and a Polish acquisition of a software house to re-develop them has apparently failed to deliver. Hargreaves has 1m clients who are likely to be interested in risk-rated models and Parmenion’s robo journeys for both accumulation and decumulation. Parmenion might lose some advisers but net gain would outweigh that and HL would get a proven technology – although scale might hurt when they tried it.

Eye of the storm

The Nucleus story is also fascinating. The acquisition offers have likely come about because Sanlam wanted to sell its 52% stake in Nucleus. Sanlam group CEO, Jonathan Polin, has been intent on building a vertically integrated wealth business and wanted to integrate Nucleus into the Sanlam fold — something that Nucleus has always strongly resisted. Instead, Sanlam launched its own platform with Hubwise, inevitably leading to the sale of the Nucleus stake.

Nucleus has received two firm offers for the business – Transact and Epiris/James Hay. Having reached the limit of its organic growth, Transact needs an acquisition. Culturally, the Transact business is an exceptionally good fit and advisers on both sides of the fence would be happy on either proposition (all other things being equal).

However, Transact sits on proprietary technology and Nucleus on Bravura. There’s a lot of mystery around the Transact technology. It has always prided itself on running its own tech and not having to go through painful re-platformings that other platforms have had to endure, but some commentators believe the technology isn’t as modern and up-to-date as Transact would have us believe. It’s difficult to really know as few have been able to get up close and personal with the technology. Nucleus, on the other hand, was one of the first platforms to re-platform its technology, a project that will probably not be repeated any time soon.

James Hay/Epiris was initially interested in Ascentric, but dropped out of the second round so it’s no surprise that it’s making a bid for Nucleus. The platform’s technology has needed a serious overhaul for some time, so moving lock, stock and barrel onto the Nucleus technology might be cheaper and more sensible than trying to fix all of James Hay’s problems. Culturally, however, it’s less of a good fit. Its Sipp heritage means that it has all sorts of weird non-standard assets on its books. It stopped accepting non-standard investments in 2017, but still has plenty of non-standard stuff on its books that Nucleus wouldn’t like.

Other interested parties might be platforms on the same technology. Ascentric, which has just been bought by M&G is on the same Bravura technology. M&G has a lot of work on its plate absorbing the Ascentric platform, but it might just be brave enough to tackle Nucleus too. Who knows? And while I’m sure it has given it some thought, Fidelity is unlikely to be interested in getting into a bidding war with two very cashed-up parties — after all, it didn’t make a bid for Ascentric.

Another interesting fit could be 7IM. It’s on proprietary technology but outsources custody to Pershing. Originally designed for wealth managers by wealth managers, it has since broadened its proposition to cater for the well-heeled adviser market. And it’s backed by Caledonia, an investment trust.

Change of ownership at Novia

While Bath-based Novia isn’t Scottish, it is currently run by a Scot (Bill Vasilieff). Novia is reportedly about to be acquired by Wealthtime and AnaCap. Watch this space…

Photo by Gabriela Palai from Pexels