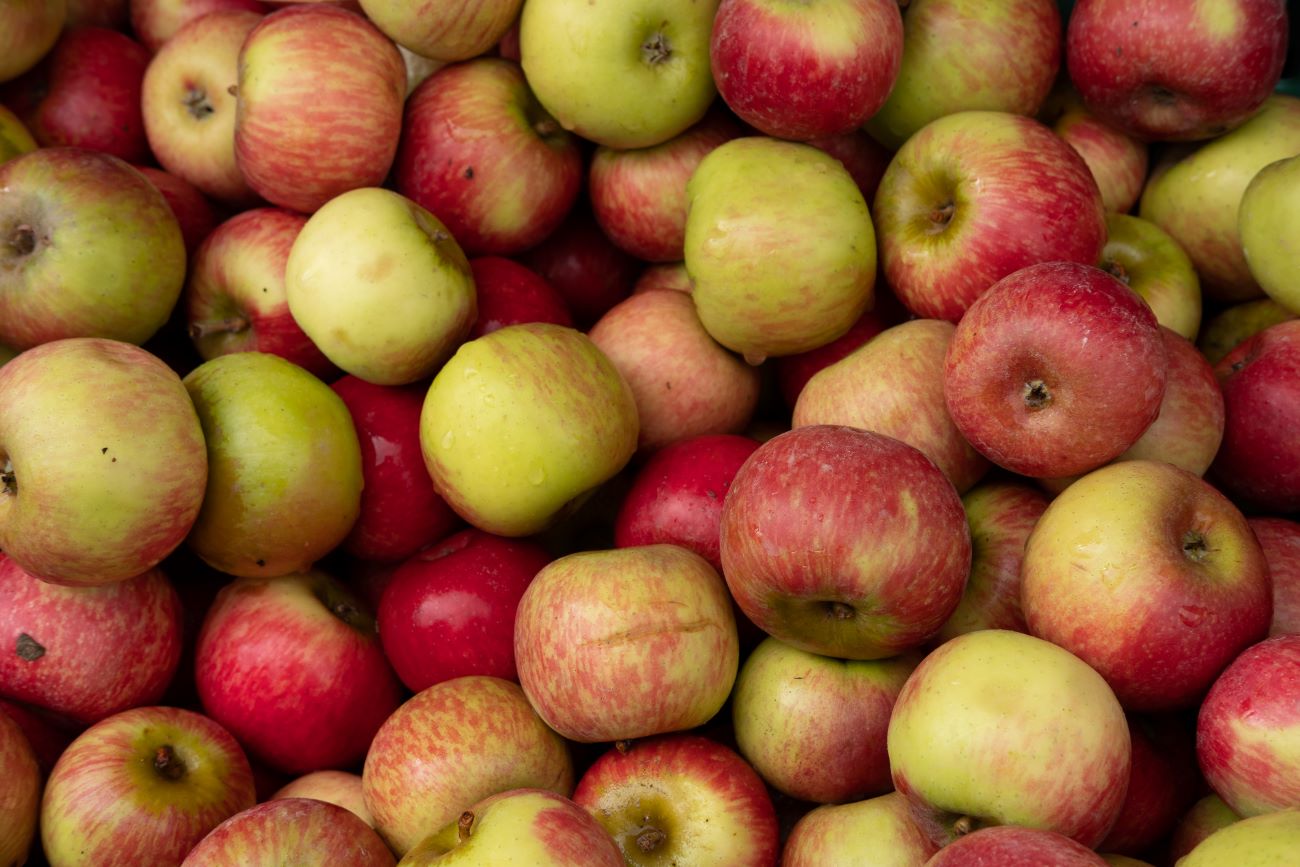 Posted at 12:02h in Blog by Martin Barnett

The FCA has published details of its consumer investments strategy.  The aim is to create an environment that will encourage more people to invest while increasing consumer protection, both from high-risk investments and from outright scams. Basically, reducing the risk of rotten apples.

Its own research shows that over eight million people have investible assets of more than £10k in cash and that potentially half of them could benefit from investing.  Granted, not everyone will do this, but look at it another way — if the FCA hits its target of 20%, it is potentially converting £16bn into investments. Getting this cash out of bank accounts and into long-term investing will go a long way to helping the public have enough money in retirement.

Further FCA research also showed an increase in high-risk investing.  On its own this is not a problem as higher-risk investments are part of the investment spectrum. But the issue is that the research also shows these are typically younger investors, with a worrying lack of understanding of some of the risks.  For example, over 45% of non-advised investors did not view ‘losing some money’ as a potential risk of investing.

However, while some of the initiatives in the strategy sound more reactionary than proactive — the changing demographic and increase in high-risk investment without an understanding of the risk will not be a surprise to many — anything that democratises the benefits of investing is laudable. Doesn’t matter how you slice and dice the numbers, if successful this initiative would add considerable flows to a channel that came to life in 2020.

Looking beyond the headlines, the consumer strategy has a packed agenda containing a lot of heavyweight items. A consultation on new financial promotions regime, further work on the consumer duty and reviewing aspects of the compensation regime, are all weighty items that need detailed consideration.

Taken together, they have the potential to change the way business is done in the industry as well as affecting the economics of many firms operating in it. While new regulation is often met with groans in the industry, it can also provide a catalyst for innovation… especially, when you consider the potential prize on offer.

A glance at the infographic for the roadmap shown below — the use of which is an effective and welcome innovation of its own — highlights the packed agenda.  The road map shows that the timeframe for these items stretches into 2023 and it will amount to a significant amount of change and work for the industry. 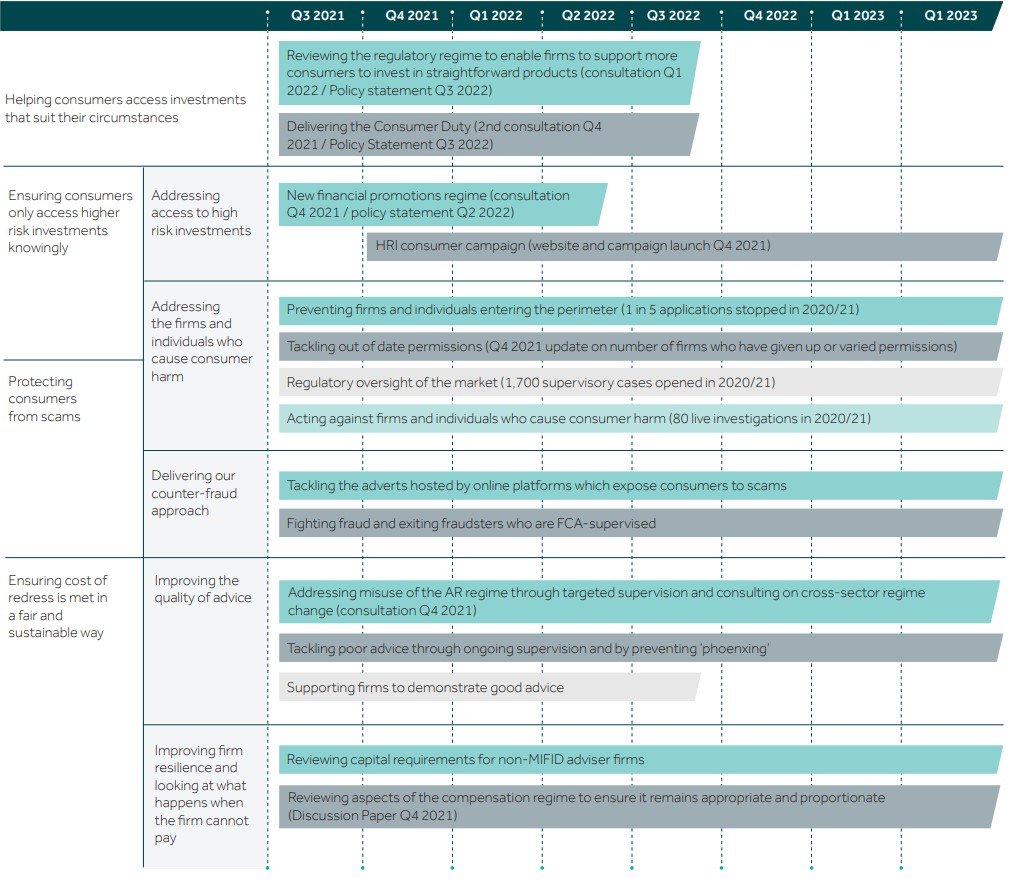 One final update. One of the benefits of all this change was a targeted 10% per year reduction for the Financial Services Compensation Scheme — something that was widely welcomed.  However, the regulator has confirmed that this was published in error!  Instead, the FCA will finalise plans for a reduction and publish a new target in a discussion paper later this year.

Photo by Akshay Nanavati on Unsplash