// When the going gets tough… Platform industry stats Q219

Posted at 13:25h in by Bella Caridade-Ferreira 0 Comments
0 Likes 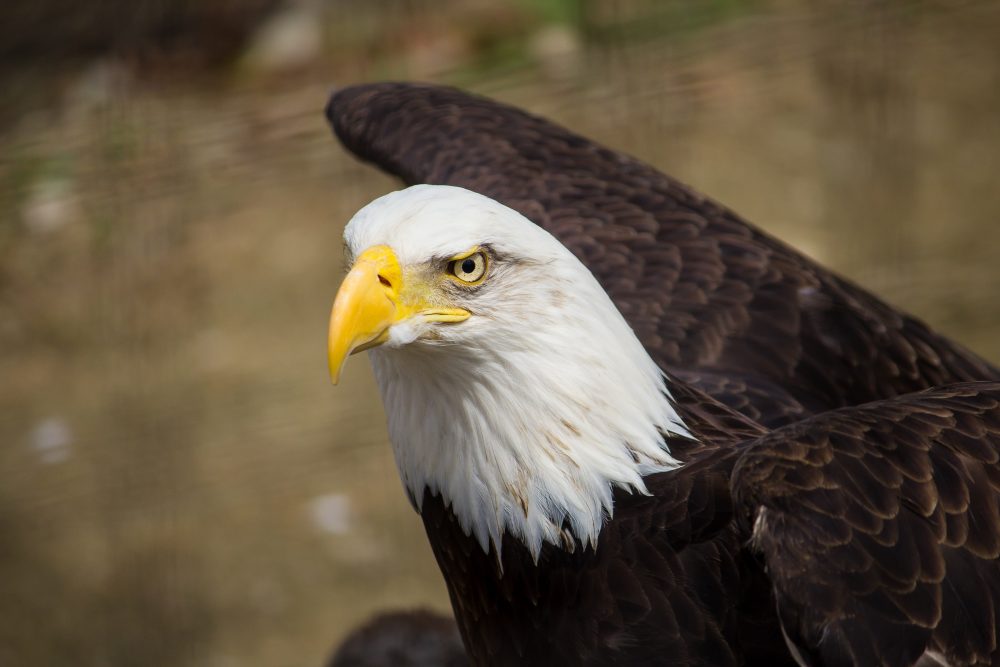 Against a backdrop of Brexit uncertainty, UK investors were ultra‐cautious in the second quarter. Gross sales totalled £29.6bn but net new platform business of £6.6bn was the lowest total seen since the fourth quarter of  2012. As a reminder, this was when RDR was about to be unleashed on the UK and the advice and platform industry had their heads down and working hard to get ready.

These are dire figures, but it was hardly surprising that investors sat on the fence. Messages were mixed. UK  economic activity increased in the first three months of the year due to pre‐Brexit stockpiling. Stock markets continued to rise, the London Stock Exchange doing particularly well thanks to sterling’s decline. But fears of a  no‐deal Brexit frightened investors and kept them away in their droves.

Platform assets rose by £31bn or 5% against the previous quarter although the FTSE managed just 2% for the same period — May’s sharp correction didn’t help, although markets quickly recovered in June. Platform asset growth was boosted by the addition of the True Potential platform with assets of £9.1bn1. 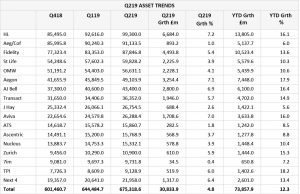 The signs of strain were visible in the net sales results. Despite the addition of True Potential this quarter, net  sales plummeted to £6.6bn. The last time sales were this low was in the fourth quarter of 2012 when advisers  and platforms were putting blood, sweat and tears into the RDR and sales fell.  This quarter’s numbers are dire.  Most platforms sustained a fall in net sales compared to the Q1 and like‐for‐like sales in previous years. But  some platforms have weathered the storm better than others.

The more resilient platforms owe their sales strength to good propositions and service. Transact continues to  lead the field for retail advised net sales thanks to its independence and financial strength now that it’s publicly  listed. These are also factors that underpin AJ Bell and True Potential (for independence) in third and fifth place.  Despite its well‐documented re‐platforming problems, Aviva’s flows are robust but flows have nearly halved  compared to its DB‐fattened flows of 2017 and 2018.

Bella Caridade‐Ferreira, CEO of Fundscape said, “The combination of a slowdown in DB transfers and poor investor sentiment has taken its toll on new business flows. Platforms that benefited from the DB transfer pipeline have been hit hard by the slowdown.

‘Likewise, extending the Brexit deadline to 31st October and the rapidly growing possibility that the UK will crash out of Europe without a deal has led many investors to take risk off the table. As a result, sales have come to  shuddering halt.’ 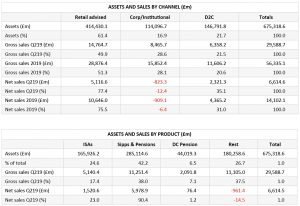 Caridade‐Ferreira said, ‘Until the Brexit issue has been resolved, we’re unlikely to see a significant improvement in platform activity. 2019 will be another year to be written off by both the platform and asset management industries.

‘Demand is still there; the fact that we’re grappling with Brexit doesn’t mean it has melted away. Investors are sitting on cash, so when the storm clouds finally lift and clear, there could be a wall of money waiting to be invested. But it’s further complicated by the growing possibility of a global recession, as is being signalled by economic indicators worldwide. If that is the case, the UK asset management and platform industries will be in for a torrid time well into 2020… at the very least.”

1 TP’s historical data to Q418 has been added to the Platinum database
2 Hargreaves Lansdown reports in arrears. Assets are actual for this quarter, but sales are estimated.
3 Includes Elevate but excludes Parmenion.

Photo by Bonnie Kittle on Unsplash