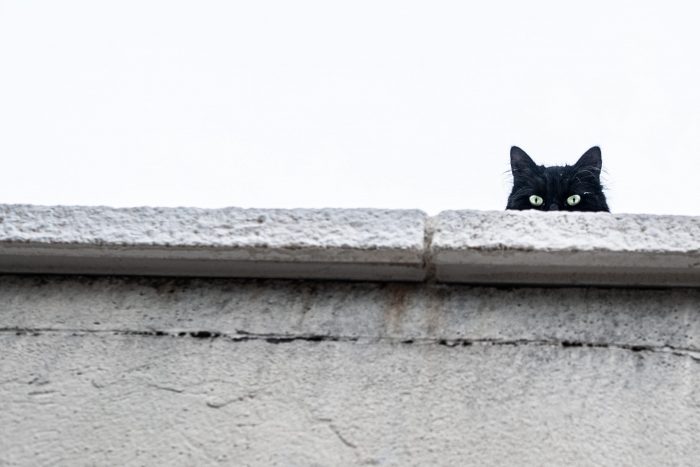 The FTSE All Share index is down 19% for the year to date, but the broader MSCI World rebounded and is down just 6%. The platform industry followed its cue, assets jumping by 14% this quarter and recovering most of the ground lost in Q1.

Although GDP rose by 9% in June, the UK economy shrank by 20% in the second quarter and is now in recession, raising fears that it will fall again once stimulus programmes are wound down.  A handful of platforms improved on their Q419 assets, but only Hubwise, the smallest platform in our stats and is part of the Next three group, has seen assets rise consistently quarter on quarter for the last two years. Thanks to a strong pipeline of new business, its assets have grown by 45% to £1.8bn since the start of the year.   Meanwhile Aegon combined its propositions in Q2. With assets under administration of £143bn, it is now the largest platform in the industry by a significant margin and accounts for 20% of industry assets. Parmenion and Praemium have been added to our statistics, making Fundscape’s platform coverage the most comprehensive of the industry. 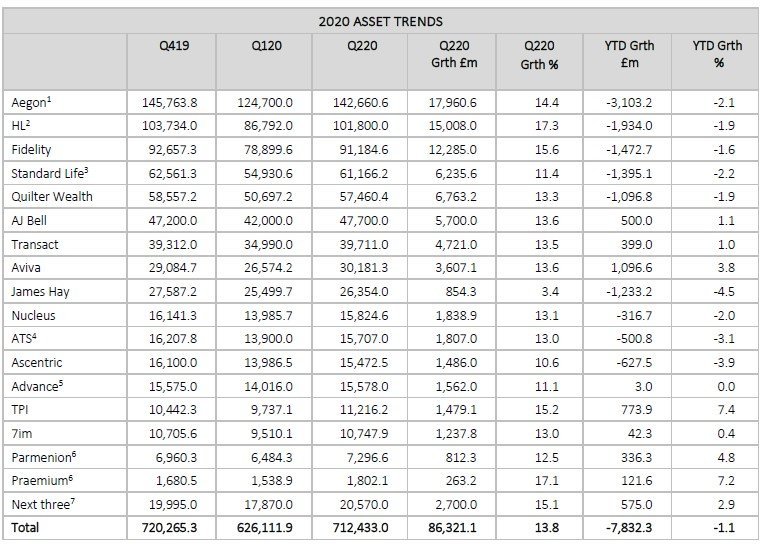 Gross sales returned to a more normal £30bn in Q220, indicating that the panic‐selling, transfers and switches that racked up £38bn in the first quarter, eventually ran out of steam. Top of the Q2 leader board was Aegon, with a newly combined sales figure of £9bn (the size of a small platform).  Although inflows were lower, so too were outflows and withdrawals, resulting in an industry net sales total of £13bn, which not only exceeded expectations, but was also the best since the first quarter of 2018 — a huge achievement given the unprecedented backdrop.  Fidelity returned to the top five with a bang. Its net sales of £1.5bn were the highest since the fourth quarter of 2018, thanks to a strong uplift in activity across all three distribution channels.

DIY investors, in particular, saw the stock market correction as a buying opportunity.  Bella Caridade‐Ferreira, CEO of Fundscape said, ‘Driving the uptick in net sales was a spike in D2C activity which accounted for 39% of total net sales. It was no surprise, therefore, that platforms with strong D2C activity (HL, Aegon, Fidelity and AJ Bell) dominated the top five platforms by net sales.’ Retail advised channel   Old Mutual Wealth was back in pole position for gross sales in the adviser channel, while Fidelity leapfrogged several platforms to take second place in the net sales table behind Transact. Both platforms attribute their robust sales to proactive adviser support and engagement during lockdown.

Old Mutual Wealth was back in pole position for gross sales in the adviser channel, while Fidelity leapfrogged several platforms to take second place in the net sales table behind Transact. Both platforms attribute their robust sales to proactive adviser support and engagement during lockdown.

Bella Caridade‐Ferreira, CEO of Fundscape said, ‘It was a surprisingly good quarter given the pandemic and lockdown measures. Much of this quarter’s business was driven by tax‐year‐end activity, particularly ISA sales. But it may have been a dead cat bounce — ISA activity dominates the first half of the year, so the second half of the year is likely to be sluggish in comparison.   ‘Advisers benefited from existing client business that had been held back in 2019, but recruiting new clients in this environment is proving difficult. The third quarter should hold its own, but the fourth quarter will likely be affected by a reduction in new client business and a shrinking economy.’

The Platform Report is a confidential report published by Fundscape.  To subscribe to the report, platforms must contribute asset and sales data on a quarterly basis. For further information about the report and Fundscape, please visit www.fundscape.co.uk.

Photo by Clément Falize on Unsplash