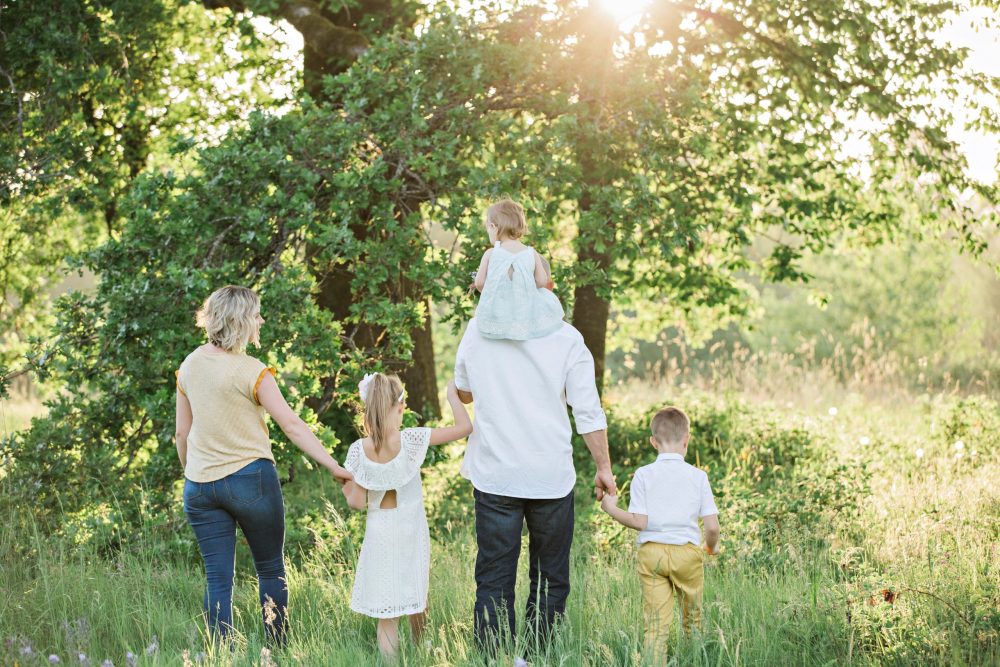 Old Mutual Wealth announced it is simplifying its charging structure and expanding its client linking feature to offer discounts to family members. Both changes come into effect in April 2020.

Despite nearly all its competition adjusting the charges for their customers over the years, Old Mutual Wealth’s has largely remained static since its introduction in 2013. In true London bus fashion, it announced two changes in the same week it began migrating advisers and customers to its shiny new platform. The changes will be welcomed by advisers and clients alike and possibly give a clue to the platform’s future strategy.

Firstly, Old Mutual Wealth shed a tier in its structure, going from five charging tiers to four and generally trimming a few basis points for all its clients.

While all discounts to customers are well received in isolation they won’t be life changing, as the graph above shows. Perhaps more of a price trim than a cut, but good news nonetheless. The Family Linking announcement has the potential to have a much greater effect on charges. 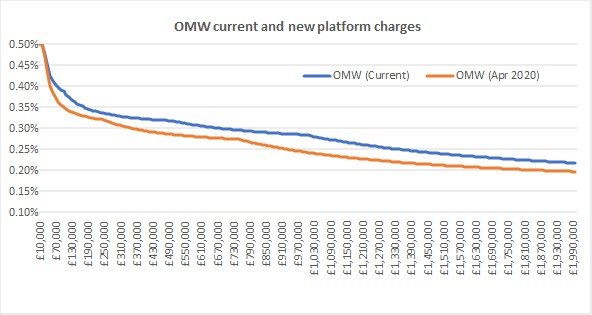 All in the family

Family Linking means the platform charge is calculated on the total value of all linked family investments on the platform. Old Mutual has vastly increased the number of possible links that can be made from just spouse/civil partner (as it offers now) to include:

There is no minimum investment and no maximum number of family members who can be linked. This can result in some hefty discounts and may offer a compelling reason for advisers to consolidate assets onto the platform.

While several platforms offer some sort of linking of assets, Old Mutual Wealth will offer the widest range of potential links in the market.

The table and graph below illustrate the potential discounts for a family. There are fairly modest savings when only looking at the difference between the new and old structures, but Family Linking can have a much larger effect. 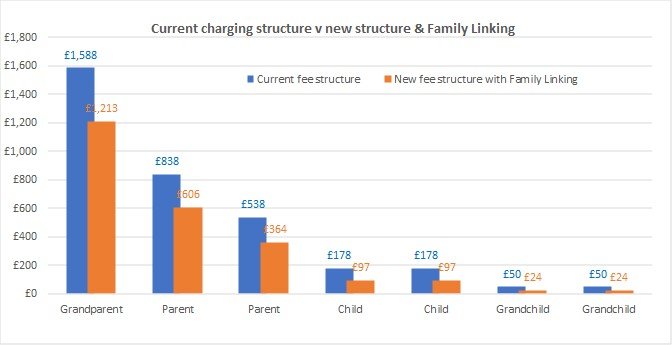 There are other potential advantages in consolidating products onto one platform as well as cost. Advisers could have fewer platforms to work with and their clients will receive documentation from fewer providers. Old Mutual Wealth will be hoping that it can build strong relationships with both to retain the business for years to come.

With these announcements it’s fair to assume Old Mutual Wealth is looking at intergenerational wealth transfer market. There’s an estimated £1.2trn set to be passed down to UK  millennials over the next 30 years. Old Mutual Wealth will be keen to keep hold of existing assets and encourage consolidation of family accounts onto the platform. Its Technical Helpdesk is rated by advisers and would be well placed to help with inherited wealth.

The higher-than-average platform charge has long been a barrier to some advisers using Old Mutual Wealth. Family Linking presents an opportunity for it to broaden its appeal to more cost-conscious advisers, so long as it’s easy for advisers to evidence. Old Mutual says it’s working on a tool for advisers to help illustrate the potential savings.

The platform is also closing some of the gaps in its proposition with its new platform such as adding JISAs and ETFs, which will broaden its appeal with new potential advisers.

While price cuts tend to make headlines, the new structure won’t make a massive difference to the current client charges. However, when the new charges are combined with Family Linking it presents the opportunity for significant savings.

Photo by Irina Murza on Unsplash