The NISA, the LISA and pension freedom… 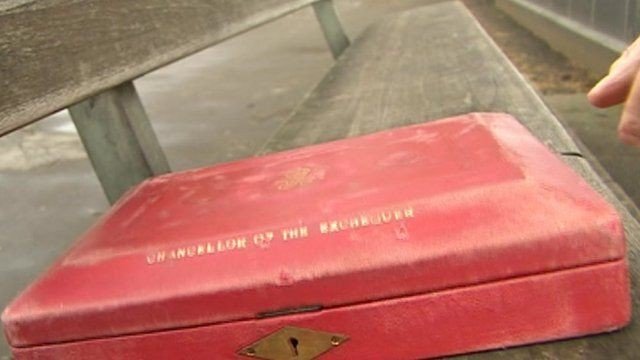 06 Apr The NISA, the LISA and pension freedom…

Posted at 08:00h in Blog, Products by Bella Caridade-Ferreira

Gideon Osborne always likes to pull a few crowd-pleasers out of his red box on budget day. Last year it was pension freedom (anno pensionis TM) and the personal savings allowance, this year it was the introduction of the LISA (lifetime ISA) and the significant rise in the NISA allowance (new combined ISA). In light of these changes, we’ve had a few requests asking us to set out how product trends might change over the next five years.

One thing is certain, the government is keen for the nation to save more and take responsibility for retirement. With each budget, we have seen the gradual expansion of opportunities to save and invest for the long run. These include:

But Gideon Osborne also likes to takes away. The annual pension lifetime allowance has been cut from £1.8m in 2010 to just £1m from April 2016. This is unlikely to affect younger people in defined contribution pensions (unless they’re very high earners or savers), but older people in generous defined benefit pension schemes could easily be caught out.  This means that investors who could fall into the lifetime pension allowance trap are more likely to take advantage of the full palette of savings and investment products.

We revisited our recent projections and broke them down into products.  The overall platform industry totals are unchanged. Below is the realistic platform scenario by products (the pessimistic scenario was £855bn and the optimistic scenario was £1.7trn). We have taken into account the various competing factors in particular the ISA v pension scenario. As a result of the renewed emphasis on ISAs and the impact of LISAs, we have pushed volumes up slightly in the ISA arena, but we’re mindful of the fact that most LISA assets will be used to purchase property so their overall impact on ISA growth is likely to be minimal.

Any enthusiasm for using LISAs as a retirement savings vehicle will be dampened by the fact that pension saving is from gross income while LISA saving is from net. For basic-rate taxpayers the added 25% bonus puts the two on an equal footing, but pensions win hands down for higher-rate taxpayers. Saving for retirement through an auto-enrolment scheme is also better for investors as they benefit from employer contributions. In addition, money can be taken from pensions from the age of 55, but you need to be 60 to draw from the LISA or face a 5% penalty.  Last but not least, the bonuses stop being paid at the age of 50 so that will also put off investors. 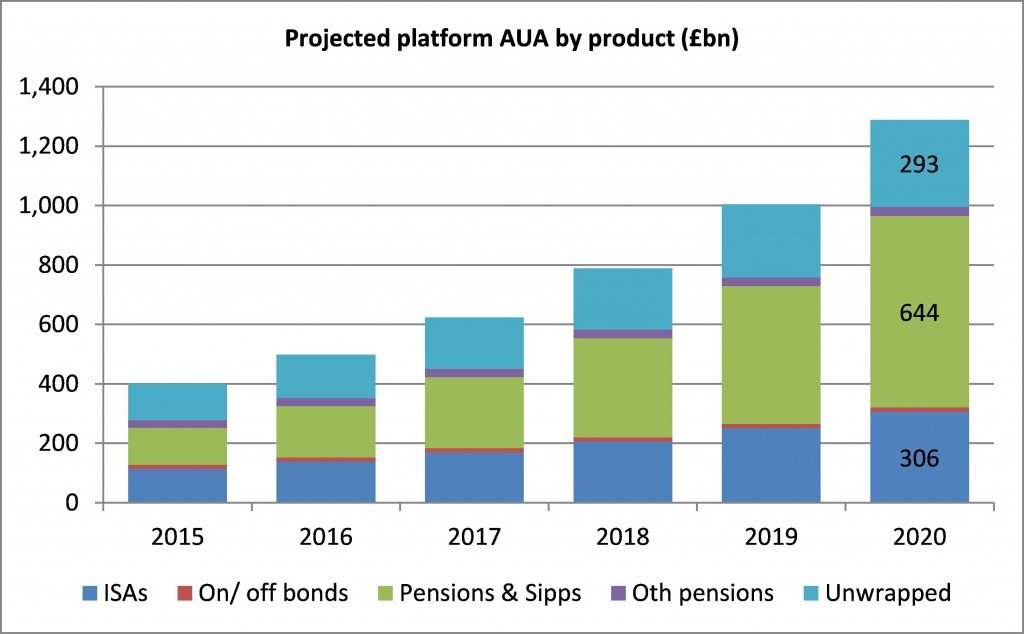 In the pension camp (platform and sipp pensions including drawdown products) we have quite a punchy growth rate which takes assets to £644bn by 2020.  Around £20bn a year of previously mandatory annuity business will now be invested in pension products. In addition, as the baby-boomer generation retires, we expect to see a high transfer of assets from DB schemes to take advantage of pension freedoms and the ability to include the pension pot as part of the estate.    We have left the growth in other pensions (workplace and auto-enrolment) at a modest rate, simply because ageing demographics and the demand for decumulation products are likely to outpace the growth in DC schemes.

That’s all for now.  We’ll revisit in more detail in the next issue of the Fundscape Platform Report.