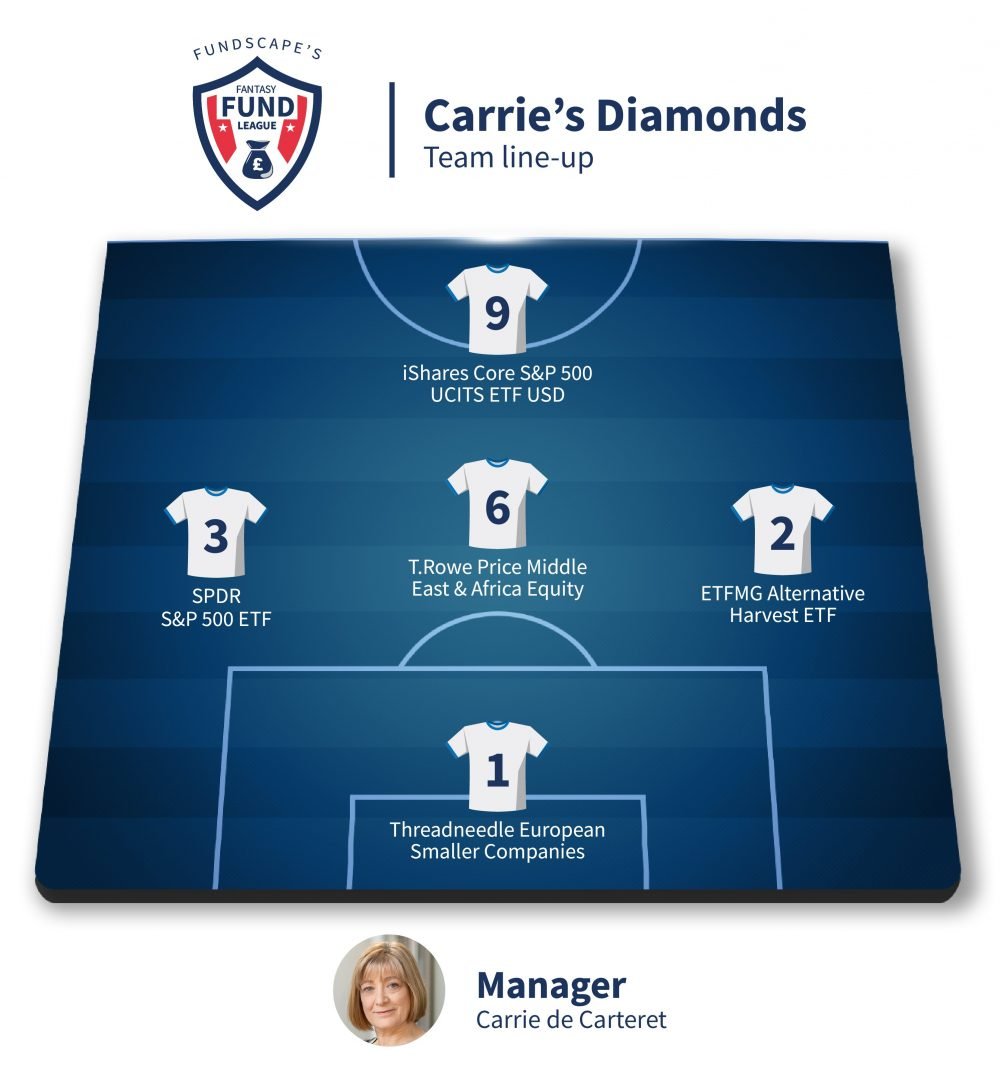 This week we meet Carrie de Carteret who has worked in the financial services industry for many years as a data architect and data modelling expert (in today’s big data world she’s in huge demand). Carrie has taken a logical and methodical approach to her fund selection, but will it pay off?

I put £400 in the TRP Middle East & Africa fund because investments in developing countries have always represented a risky but potentially rewarding proposition. China has been investing heavily in land, resources and infrastructure in Africa. China recognises the untapped potential of Africa, and others are starting to follow suit. Like China, I hope to get a decent return on my investments.

I’m balancing my risky investments with £400 in the iShares S&P tracker as it offers solid growth in top US companies.

The Alternative Harvest ETF focuses on the healthcare potential of cannabis and has holdings in major cannabis-producing companies such as Cronos and Canopy.  Recent regulatory changes in the US and Canada, allowing medicinal cannabis treatments for neurological conditions have opened up new markets for these companies.  Relaxation of regulations regarding recreational drug use in states such as California have also offered new opportunities.

My wildcard is the SPDR ETF which trades volatility as I feel this could be a winner in uncertain times. I’ve put in £200. Let’s see what happens.

At the end of April Carrie was in third place.